About the Air Force Aviation School

The Air Force aviation school has partnered with the Civil Air Patrol to train active-duty Department of the Air Force officers and enlisted Airmen and Space Professionals interested in becoming a rated officer. The academy in Denton, TX, chapter of Civil Air Patrol personally reached out to USAA to rent classroom and ramp space for the Air Force’s flight training school.

There are over 50 cadets and over 15 Civil Air Patrol airplanes from all over the country training locally in Denton. This resulted in an increase in local hotel traffic with more than 100 rooms being rented for several weeks. Participants of the training are also expected to frequent local restaurants and businesses during their stay.

“We are generating approximately 5,500 gallons of Avgas sales over the cadets’ two-week training,” said Scott Sykes, VP of Business Development. “We are also showcasing KDTO by bringing in Air Force officers, cadets, and Civil Air Patrol volunteers from all over the country and building a reputation for Denton in the aviation community.”

About US Aviation Academy

US Aviation Academy has a fleet of over 120 aircraft and simulators, making it one of the largest flight training academies in the United States. If you would like more information about USAA, please contact us today! 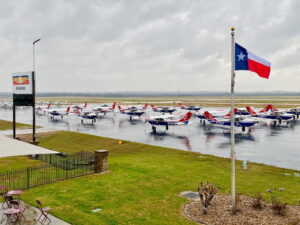 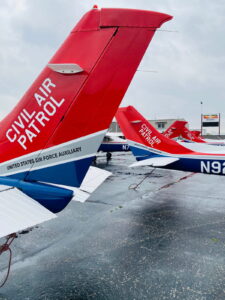